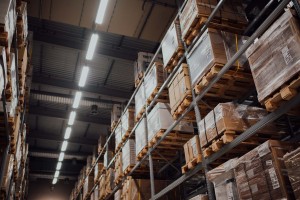 By Joseph Cooke, Co-founder and President of WPIC Marketing + Technologies.

2020 has been quite the year for e-commerce. Covid-19 has seen retailers across the globe shut their brick and mortar stores, as governments have imposed restrictions and lockdowns to deal with the pandemic. Naturally, consumers have resorted to shopping online, instead.

In China, this years’ 11/11 Single’s Day — an annual shopping event that generates more sales than Black Friday and Cyber Monday in the U.S combined — shattered all records (though the event did run for longer than in previous years).

There’s no reason to believe that the acceleration of online shopping will slow down anytime soon — even in China, where things are relatively back to normal and physical stores have been reopened for several months now. Instead, expect 2021 to be the biggest year for e-commerce in China yet, thanks to these 3 tech trends that are driving growth.

While some experts dubbed 2019 the Year of the livestreamer, Singles’ Day 2020 has perhaps left its mark as the moment that propelled livestreamers to an integral part of all e-commerce in China and the APAC region. According to Alibaba, the 30 livestreaming channels featured on its Taobao Live platform each generated more than 100 million RMB in GMV.

As 5G technology pervades consumer hardware, customers further turn to online shopping, and live streamers build on their celebrity status, any retailers who haven’t incorporated livestreaming as part of their overall sales and marketing strategy in China will be left behind.

Looking to incorporate influencers into your livestreaming strategy? Here’s four KOLs you need to know about.

As we heard from Matthew Brennan, Co-founder and Managing Director of China Channel, Douyin’s “stickyness” is driven by industry-leading algorithms and the sheer volume of user data it is able to generate — with users able to consume multiple videos in less than a minute.

Douyin has already enabled longer videos as part of a push to increase content quality and expand usage. So expect short form video to play an even bigger role in e-commerce in 2021.

Listen to the latest episode of The Negotiation podcast to learn more about TikTok and ByteDance — ft. Matthew Brennan

But perhaps the most important tech advancements with respect to 2021 are happening behind the scenes. The year 2021 will mark the beginning of the new normal in terms of logistics expectations for Chinese consumers — ones that are already world-leading and will set the tone for the next decade. While anecdotes of orders being placed Sunday night and arriving early Monday morning make for good headlines, China’s logistics providers are barreling towards lighting-fast delivery timelines.

Associate CEO of SF Express Eddie Huang conservatively predicts that 12-hour shipping times will become the norm across China by 2024. This, in a market where JD.com already delivers 90% of its packages within one day. The North American consumer could only dream of this kind of service. The technological specs on the back end that provide intelligent and predictive sourcing, picking, and shipping are truly the stars of the show — even if they come with far less cache than livestreamers who generate hundreds of millions of views.

In a year with all too much uncertainty, it’s nice to feel certain about something. Thanks to the resilience of the Chinese economy, accelerated use of online shopping trends around the world, and the necessary adoption of AI powered logistics solutions, 2021 will be the biggest year for e-commerce in China yet.