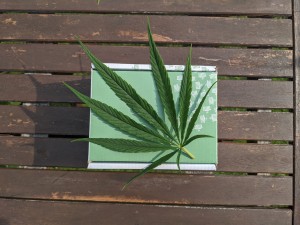 State of the Industry: CBD Market in China

The Cannabidiol (CBD) market in China has the potential to be a massive industry in the coming years. Despite marijuana being illegal in China, there are some indications that the sale of CBD products will soon become downright common in the future, setting the table for this burgeoning industry to unlock a major market in Greater China.

While the legalization of marijuana products for recreational or even medicinal purposes is not expected any time soon in China, cosmetics containing CBD have been legal in China for dozens of years. And as the central government appears to indicate it might relax its policies towards CBD more generally, and American and global companies begin to receive approval to import CBD cosmetics into China, the potential financial windfall shouldn’t go ignored.

CBD and THC are Highly Different

Often mistakenly considered one and the same, recent efforts across the world have been made to distinguish between tetrahydrocannabinol (THC) and cannabidiol (CBD) in China and around the world.

It’s not a mystery why the two are often conflated and lumped into the same category as marijuana. Both substances are found in the flowers of the plant known as cannabis sativa, with its leaves producing CBD only. Despite deriving from the same plant, THC and CBD produce notably different effects, which is why the former is considered a controlled substance banned in China and only recently made legal throughout the world, and latter is deemed acceptable by Chinese authorities.

THC is a psychoactive compound that is often used for recreational (though sometimes medicinal) purposes. It is the ingredient in marijuana that conjures images of lazy teenagers, consuming several bags of chips and being glued to the couch. Is it this perception that has led to governments’ strict approach to THC and — perhaps incorrectly — CBD by extension.

CBD, on the other hand, tends not to produce such a sensation, which is part of the reason why the various use cases of CBD intrigue so many businesses and consumers. CBD is frequently used in topical creams and natural cosmetics, as they are in China. But in different regulatory environments CBD products are used to treat pain, skin irritation, insomnia, and a variety of other conditions. It is even occasionally prescribed to cancer patients undergoing chemotherapy, as CBD has been found to provide pain relief and stimulate appetite.

CBD Market in China at Present

CBD is not considered a banned narcotic by the Chinese government, unlike marijuana — the possession of which could result in serious criminal consequences. Curiously enough, cultivation of the hemp plant, from which CBD is derived is, in fact, legal in three Chinese provinces: Yunnan, Heilongjiang and Jilin. It is cultivated under strict regulations. As alluded to above, this is because CBD does not intoxicate as does marijuana/THC.

There are historical reasons for social acceptance of CBD in cosmetics and, perhaps one day, for medicinal purposes. Cannabis has been grown and cultivated in China for thousands of years. Hemp plant fibres can be used to manufacture textiles and ropes, while hemp seeds can be consumed or used to produce oil.

According to some ancient texts, cannabis has even been used in the making of traditional Chinese medicine. As with all eastern medicines, the cultivation and utilization of plants, herbs, roots and other harvestable materials had been relied upon for millennia before the first Aspirin was even produced. This inexorable part of Chinese culture bodes well for the acceptability of CBD products in the future — going beyond cosmetics and into more medicinal uses.

Beginning in 2010, the outlook for the CBD market in China became brighter than it had been since the signing of the 1985 United Nations’ Convention on Psychotropic Substances. The industrial production of hemp has grown ever since. The potential economic gains stemming from the export of hemp plants, seeds and oils to foreign markets became too lucrative to ignore.

North American and European countries relaxing their policies on THC and CBD products has created a situation where hemp exports could represent a boon to some of the more rural, impoverished regions of China, and the entire country by extension.

The recent announcement by American company Uncle Bud’s—a hemp and CBD brand that boasts former Los Angeles Lakers star Magic Johnson as its main spokesperson—that it would sell its CBD infused cosmetics via cross-border e-commerce on Tmall Global shows that there may be a wave of Western CBD products being sold throughout Greater China very soon.

Talk to the Experts

As with any foreign brand looking to penetrate the Chinese ecommerce market, the particularities of doing so can be hard to navigate without the support of seasoned professionals who know how to launch major brands in China. And although there is likely an additional regulatory hurdle to be overcome due to the sensitive nature of CBD, finding yourself in the right hands is the first step to take.