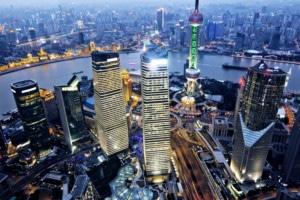 Leveraging the power of emotions to drive results in China

By Eddie Tabakman, Director of Marketing + Communications at WPIC

Businesses are keenly aware of the challenges involved with new market expansion, especially when launching in China. From meaningful connections with consumers to possible PR blunders that can deter overall success, the possible effects of a brand’s marketing and advertising strategy can be far reaching.  As a result, it is critical to examine the cultural nuances of any market’s consumers prior to launching- especially in China, where missteps can be costly, to the tune of hundreds of millions of dollars.

In building a positive reputation in market, tapping into the deeply held feelings of the Chinese consumer can be immensely beneficial. In a recent episode of The Negotiation, Milo Chau, expert in residence at Chinaccelerator and a Co-founder of Shanghai-based strategic advisory firm Chao and Cao, noted that tuning into the emotions, aspirations and desires of prospective buyers can create a more engaging campaign. Chau recalled a recent example from his time spent working in the infant milk formula industry:

“I found working with infant milk formula to be really interesting because, when you are thinking about that industry, you are actually thinking about the future of China,” said Chau as he shared a poignant example. Noting that the campaign was about more than just formula – it was about freedom, creativity and a child’s growth and development – he added: “The message, along with their formula, really played quite well with mothers who were looking for a much more progressive approach to motherhood.”

That same emotional connection helped IKEA as the popular brand attempted to gain a connection with China’s home décor enthusiasts.  IKEA’s 2003 debut in the country was mediocre at best- in fact their start was remarkedly slow. However, by discerning what Chinese consumers truly desired from the brand, IKEA discovered that they were involved in a cultural miss, and, to that end, decided to put forth products and an experience that would more effectively resonate with the local population . As a result, IKEA has since experienced significant growth and has now surpassed 30 brick and mortar stores in the market.

China’s IKEA’s marketing director Camilla Hammar stated as much in a 2013 AdAge article: “We’ve realized the store experience in China is very different [than in other markets]. It tends to initiate very romantic feelings. The first time some couples start talking about getting married is in our showrooms. So that’s something we’ve tapped into.” She noted, as evidence, the iconic Swedish brand’s three weddings in Chinese stores, as well as the individuals and families who doze off in store beds after removing their shoes and testing the product.

And while positive reactions to foreign brands’ emotional attempts are many, there also exist some notable errors among marketing endeavors to the Chinese market.

Dolce & Gabbana is one such brand that had encountered several missteps in the market recently. In November 2017, the Italian luxury brand used the Sina Weibo platform to promote an upcoming runway show. The ads were perceived as mocking Chinese people and culture through speech, folk music and condescension. Rather than enticing Chinese consumers, the ads were deemed racist and outdated, deterring viewers and inciting boycotts. The ads were removed within 24 hours and a public apology was issued, but the damage was done. As NPR pointed out at the time: “A McKinsey report shows that Chinese consumers make up a third of the global luxury market. D&G has 58 stores in China; it’s unclear how much damage this incident will do to the brand.”

Still, over-correcting and leaning in too much to Chinese culture can also be problematic. Said Chau: “Most foreign brands will come into China with this belief that they need to be super Chinese … In some ways, they are willing to sacrifice their own core trying to be relevant to a Chinese consumer.”

So, how does an organization thread this needle? Chau outlined that successful foreign brands must make products, services and marketing strategies relevant to the Chinese consumer (and his/her emotions) while still standing out from marketplace competitors.

“In the past, it used to just be about being distinct from other foreign brands,” he said. “But today, increasingly you have to [distinguish] yourself from the local brands who are becoming much more competitive, who are responding much more rapidly to shifts, [who] probably understand consumers at a much more intuitive level than foreigners.”

Chan encourages foreign businesses to highlight the “essence” of their brand and their successes at home and elsewhere – rather than only lean on their idea of what Chinese consumers want – in order to successfully expand in China.

One might see a conflicting message between that of assimilation in a new market and that of showcasing the valuable proposition of foreign goods. The reality is that it involves a little bit of both and a deep analysis of China’s consumer sentiment.

As a result, success will require willing foreign brands to demonstrate a long-term, emotional investment with their marketing campaigns to truly connect their essence with a modern Chinese audience.