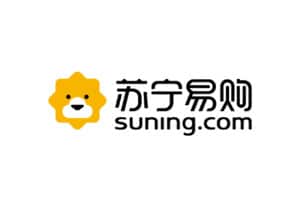 Much like Alibaba remained in relative obscurity in North America until it didn’t, Suning [Soo-Ning] could very well become the next Chinese e-commerce giant to gain widespread notoriety in the West. It is a massive company comprising several vertically integrated industries ranging from retail, to logistics, real estate, and sports. And thanks to continued, double-digit growth by at least one of its subsidiaries, Suning’s place on the Fortune 500 and top 10 privately-owned Chinese enterprises lists is all but assured for the foreseeable future.

Suning.com—the aforementioned fast-growing subsidiary—is widely seen as one of the most successful online-to-offline (O2O) companies in the PRC and the world. In 2020 alone, the company is set to invest $5.7 billion USD (40 billion RMB) to open 10,000 stores across the PRC. The company also recently announced the acquisition of an 80 percent stake in Carrefour China, and indicated that the company would leverage the acquisition to expand into lower-tiered cities. While Suning’s acquisition of the Carrefour flagship retail brand—previously seen as one of the most iconic foreign supermarket chains operating in both Europe and Asia – may be a sign of harsh times for the French parent company, Groupe Carrefour, the transaction is indicative of just how powerful Suning has become.

But supermarkets and retail are not the only sectors in which Suning has a habit of acquiring well-known European brands. In 2016, Suning’s chairman and founder purchased a nearly 70 percent stake in Italian Football Club Inter Milan in what was then the highest profile Chinese takeover of a top-tier soccer team. The €270 million purchase increased the international notoriety of the company and jived nicely with China’s desire to become a serious player in international football. It also brought Inter Milan into a professional sports portfolio that already included domestic teams Jiangsu Suning Football Club and Jiangsu Suning Ladies Football Club.

Suning Sports has also made a name for itself as a media platform, owning exclusive copyrights to the five biggest football leagues in Europe: the English Premier League, Spain’s La Liga, Italy’s Serie A, German’s Bundesliga, and France’s Ligue 1. What’s more, it owns copyrights to the Chinese Super League, Asian Champions League and World Wrestling Entertainment (WWE) in China. As China’s sporting landscape evolves, Suning is doing its best to make sure Suning Sports evolves with it.

While Suning’s forays into other subsidiaries like Suning Technology, Suning Real Estate, Suning Media and Entertainment and Suning Finance might all be worth their weight in gold—and worthy of their own blog posts—it is in Suning Logistics where some of the most advanced technology and innovation are allowing the company to perhaps one day become the king of warehousing and distribution.

Suning Logistics, with its over 9.5 million square metres of warehouse space and a delivery network that reaches more than 300 cities and 2,800 districts in China, is already a leader in the retail logistics space. In 2019, it added five new logistics centres further increasing its coverage area and allowing it to improve delivery times to tier-two and tier-three cities like Nanchang, Changsha, Qingdao, Shijiazhuang and Nanning. This impressive capacity is all in an effort to deliver on the company’s stated goal “to establish the most efficient commercial warehouse-service system for consumer goods and provide the best, smart logistics service platform across the whole country.” How Suning intends to provide an efficient commercial warehouse-service system isn’t only by virtue of its nearly all-encompassing network. The company displays an impressive array of AI and automation to help deliver its goods quickly and on-time.

In 2017, Suning Logistics opened a 200 thousand-square metre warehouse that it says is virtually unmanned. The facility, located in the Fengxian District of Shanghai, features nearly 1000 robots, at full capacity. These robots are each able to pick and carry approximately one-thousand items per day, with an individual capacity to hold up to 800 kilograms. These non-human workers are said to have an accuracy rate of 99.99 percent and work about five times faster than their homo-sapien counterparts.

Suning is also creating an AI-driven force outside of its warehouses as well; last August, it launched a driverless delivery car in Nanjing. In a demonstration, the diminutive white car (about half-a-metre in height) took a mobile order from a customer and made its way to a local convenience store. After an assistant loaded the order—some refreshments— onto the unmanned vehicle, it delivered the drinks in about five minutes. While the entire demonstration was overseen by a real human being at a control centre, who had the ability to override the car should any technical issues have occurred, continued integration and improvement of 5G technology could greatly reduce the necessity of any human controls.

Larger unmanned vehicles are in the cross-hairs of Suning Logistics as well. The company recently tested the capabilities of a heavy-duty truck that could one day help fulfill much of its distribution and logistics. The truck performed at a level-4 on the five-point self-driving scale—meaning it is effectively autonomous but still requires a human driver to be present. Despite the necessity of human presence, the truck demonstrated it was capable of safe autonomous driving even at speeds of 80 km/h.

Suning’s AI capacity is much more than a flex of its tech-muscle. Rather, it is a means to an end for providing its e-commerce customers with the type of quality service Chinese consumers have come to expect. Once the typical Chinese consumer has gone through a seamless online or mobile experience to find and purchase the products they want, the expectation is that the goods will be delivered quickly and accurately. As China’s tech-savvy consumer base grows into all corners of the Middle Kingdom, a logistics network that enables the same level of service in Qingdao as one would expect in Beijing might be the difference between a thriving company and a paper dragon. It would appear that Suning is on the right trajectory to do just that.

Interested in leveraging China’s logistics ecosystem to sell and deliver your products and services to Chinese consumers? Contact info@wpic.co to learn more.