The Future of China’s Sporting Landscape 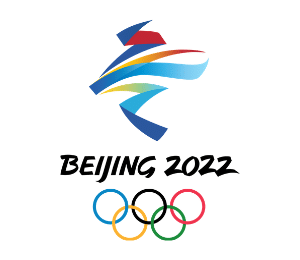 China will host the Winter Olympics two years from now, kicking off on February 4, 2022

In two short years from now, Beijing will be the ninth city in the world to host both Summer and Winter Olympic games. China’s massive population ought to lend itself to sporting prowess, as was the case in 2008 when the PRC won an impressive 51 gold medals at the XIX Olympiad in the nation’s capital. Sporting dominance is also the norm in contests like table-tennis and badminton, where Chinese athletes have amassed the most medals of any country. But in order to be considered a true global sports superpower, the PRC’s government understands its prolificacy must extend to truly global sports.

The desire to broaden its power in sports has been made obvious by recent initiatives to boost talent development in perhaps the most global of global sports: soccer. The Chinese national team currently sits 76th in the world, trailing countries with a sliver of China’s population like Guinea and Bolivia, and merely edging out countries with much smaller economies like Uganda and Cabo Verde. This reality comes less than a decade after President Xi declared China would host, qualify for, and win a World Cup in the not so distant future.

To these ends, the PRC government has formulated ambitious targets designed to develop the country’s own national superstars starting at the grassroots. Last year, China’s Education Ministry said it would select nearly 10 thousand kindergartens to become quasi soccer academies—in which an allotment of time each week would be dedicated to soccer training—by the end of 2020. What’s more, in that same period of time, the government said it would renovate or build 29 thousand soccer fields on school grounds.

Administrative reforms and initiatives are not to be found solely at the youth development level however. China’s domestic professional soccer league—the Chinese Super League (CSL)—has also experienced recent changes to meet the leadership’s desire to become a global soccer superpower. Most notably, President of the Chinese Football Association, Chen Xuyuan, announced his intention to have the CSL run independently of the nation’s soccer governing body, much like other prominent sports leagues where individual clubs are shareholders within the league and the national organization functioning in a supervisory capacity.

Additionally, changes are being made to the ability of naturalized citizens to compete on the national squad, as well as designations that impact foreign-player quotas on CSL teams. Portuguese-born midfielder Pedro Delgado recently fulfilled the requirements for Chinese citizenship and is thus qualified to play on the Chinese national team. If he were to indeed crack the World Cup Qualifying roster, he would join English-born Le Ki who was the first naturalized citizen to play for the National Team in June 2019.

However, soccer is not the only global sport for which the Chinese people have eyes. Over 300 million men and women in the Middle Kingdom regularly take to the hardwood to play basketball. And despite soccer gaining in prominence and popularity, basketball is still widely recognized as one of the nation’s most beloved sports. Much like the PRC’s goals for the country to boast tens of thousands of soccer pitches, China has upwards of 600 thousand basketball courts on which players vie to become the next Chinese hardcourt superstar.

While China has yet to produce a notable global superstar in soccer, one vertically gifted native of Shanghai attained levels of world-wide popularity and success that turned him into a point of pride for Chinese people. Yao Ming played eight years for the NBA’s Houston Rockets, having been named an all-star in all eight seasons, and became the first Chinese athlete to compete successfully in a North American major sports league—becoming a hero for many Chinese basketball fans in the process.

Yao’s ascent to stardom did much for professional basketball’s popularity in China; and China continued to be the preeminent basketball nation in Asia. But Yao remains an outlier in Chinese basketball history, as no other athlete has come close to achieving that kind of mainstream sporting notoriety. And while the Chinese government would certainly not be opposed to another of its sons or daughters reaching Yao’ level of success, it is the national team that is the focus of the CPC.

As such, every five years the China State General Sports Administration amends its long-term strategy for basketball in the country. The strategy, known as the “National Policy Framework”, aims to foster and solidify the sport’s growth in the country to not only increase the national team’s standing, but to continually recognize basketball’s impact on society and commerce. Though there may never be another Yao Ming, China’s men’s national team has aspirations to compete outside of the Asian continent and contend with global powerhouses like the United States and Spain. Sustained growth at the youth levels in the already immensely popular sport will increase the likelihood of the realization of these aspirations.

Basketball, of course, will not be contested at the 2022 Beijing Winter Olympics, nor will soccer- China will have to derive national pride from other sports at the XXIV Olympiad. And though Tokyo 2020 represents an auspicious opportunity to show the world it can succeed at the highest level just like it did in 2008, China’s quest for global sporting superpower status will not be actualized in the course of one or two Olympic Games. Rather, it is in the globally renowned, commercially lucrative, sports (like soccer, basketball and ice hockey) where China must succeed in order for its sporting mastery to match the country’s political and economic clout.

How will the evolution of the sports landscape in China affect both the brick and mortar and e-commerce sporting goods and athletic markets? Exact numbers remain to be seen, but a nationwide focus can only be good news for both foreign and domestic producers of athletic apparel and equipment. As a result, it’s safe to assume that the next three to five years will see the PRC’s market only increase in importance for brands like Nike, Adidas, Lululemon, and many more- an evolution that has forward thinking organizations already looking to the markets of the Middle Kingdom.