An e-commerce guide to Tmall Global vs. Tmall Local and the partners that help you succeed in the market

For companies looking to “dip their toe” in the $1 trillion USD Chinese market, one of the first big decisions that management has to make is between Tmall’s Global cross-border platform and the domestic alternative, Tmall’s Flagship store (aka Tmall Local). The two portals present different business opportunities when it comes to a brand’s experience inside the massive Chinese B2C e-commerce market.

If the recent PR blunders by European luxury houses are any indication, brands who want to resonate with customers in the Middle Kingdom must understand how unique the market is, and cater to those consumers through deep engagement. Beyond product localization, brands need to go out of their way to understand the nuances of Chinese consumers and their e-commerce platforms.

Specific differences between the various e-commerce platforms in China and their consumers are not always clear at first glance to Western brands looking to sell into China. It may seem like an innocuous choice without major implications, but as we’ll discuss below, the Tmall portal that a brand chooses can have a significant impact on its processes. The key differences between Tmall Global and Tmall Local

Tmall Global, which launched in February of 2014, is designed to make cross border e-commerce easier for global brands. The portal allows foreign companies to sell their products directly to Chinese consumers without having a dedicated e-commerce presence inside Mainland China (which the Local portal requires).

The global portal can be like a terrific proposition for foreign companies who want to sell to Chinese consumers and avoid a significant amount of the legal and logistical requirements associated with a true web presence in China (as Tmall Local would require). These requirements include elements like a warehouse on mainland Chinese soil, a government-issued business license, a Chinese bank account, and Chinese trademarks inside the market (which, in reality, are well worth a company’s cost and time, regardless of what sort of presence they are undertaking).

Brands initiating their presence on Tmall Global will typically pay a deposit fee of roughly $25,000 USD, on top of an annual fee ranging from $5,000-10,000 USD depending on the products being sold.

Tmall Local, on the other hand, also requires a deposit and annual fee, which runs higher than that of the Global portal due to the more significant set-up on Alibaba’s end.

But the differences don’t stop there. The two portals offer different commission fee structures: 3-6% compared for Tmall Global, compared to Local’s 2-5% (the ranges are a function of different categories of products being sold). The reality is that as business begins to flourish with Chinese customers (potentially, upwards of $2-5 million USD in annual revenue in the first 2-3 years), that extra point devoted to Tmall Global’s commission fee can eat away at a brand’s profit margins.

So why don’t all brands automatically set up Tmall Local accounts then?

A big reason is that the physical presence required to take advantage of Tmall Local does bring with it some administrative hurdles to overcome.

A company must become a recognized legal entity and register a Chinese trademark; it must also obtain a Chinese merchant trading license. Moreover, shipping logistics within China must comply with China Inspection and Quarantine (CIQ) requirements. And perhaps most daunting, to the untrained eye, is the requirement of having a physical presence in the country, meaning storefronts where products are put on display or a warehouse on Chinese soil where products are stored.

Additionally, due to compliance issues inside China’s regulatory system, certain products will be, by their nature, ineligible for Tmall Local, and will have to be sold via Tmall Global (for instance, cruelty-free cosmetics in country that requires proof of animal testing for domestically warehoused products). 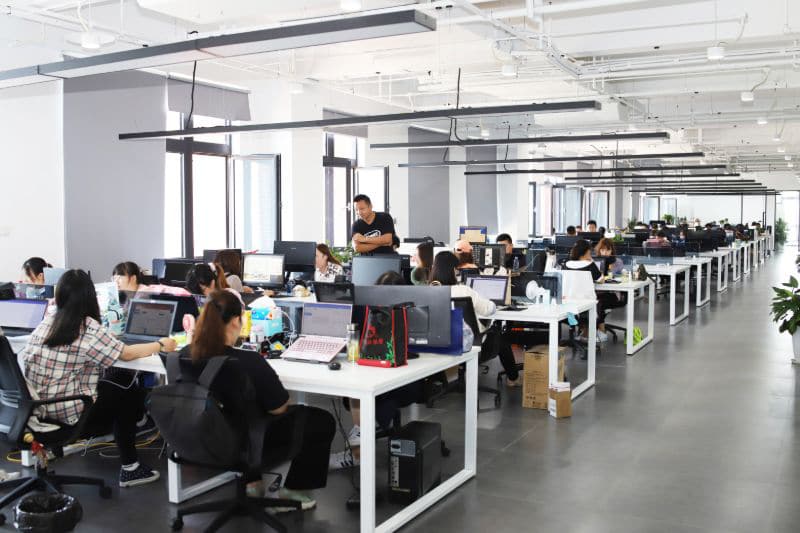 In the end, decision-makers who are feeling hesitant about the time and resources they would need to commit to a Tmall Local presence may opt (or be required) to take the path laid out by Tmall Global.Ultimately, a lack of knowledge and a fear of the unknown requirements and expenses associated with doing business in China can make Tmall’s two portals seem like something of a black box.

However, if a business is serious about penetrating the Chinese market and setting up shop for the long term, identifying the right partner to help  decide between Tmall Global or Tmall Local will be key to that brand’s success.

Learn about how WPIC can help launch your Tmall store

A prime example of the additional complexities involved in selling to Chinese consumers is the process around obtaining an Internet Content Provider (ICP) license. An ICP is required by the Chinese National Ministry of Industry and Information Technology to allow brands to sell products directly to consumers online.

Fortunately for brands, there do exist intermediaries between companies and the fairly complicated Chinese regulatory landscape. Besides getting a company established on Alibaba’s platform, their services go well beyond platform entry. Those consultancies handle issues like logistics, repatriation of capital, licenses, and more, to allow companies to sell to Chinese consumers.

A full-service China e-commerce consulting firm will typically do the heavy lifting to ensure that the ICP and other relevant licenses are obtained quickly and without delay by filling out the application form and other required documentation on a company’s behalf (full transparency- this is something we at WPIC handle for our clients). If they have experience in dealing with the regulatory components of market entry for brands, the process should be relatively painless.

Thanks to this element of warehousing and logistics services offered, small, medium and enterprise companies can be one step closer to solidifying the presence they need to do business on Tmall, by far, the most popular marketplace in the world’s biggest e-commerce market. Want to see an example of WPIC’s work as a Tmall Partner? Check out this case study with Bellroy

Should a business choose to utilize Tmall Global as opposed to Tmall Local, they’ll certainly be able to get a taste of what the massive Chinese e-commerce market has to offer, while minimizing some risk.

Regardless, however, of which platform is chosen, the company that wants to make the most of their experience should know that the best way to do so is to speak directly to the consumer through deep engagement. Launching in China is really hard and mistakes can be costly. Our advice is not to do it alone. Work with a local partner and have them act as a liaison between the brand and the platform. The right Tmall Partner will be able to help brands clear administrative hurdles and clear a path for your business to create and sustain growth in China.