At the outset of 2021, it seemed impossible that 2020 could be surpassed – in terms of awards won, solutions launched, new staff on-boarded, and brands activated in China and other APAC markets. And yet, that’s exactly what happened. Take a read through some of the highlights of the past year for WPIC – the leading technology and e-commerce consultancy in the Asia Pacific region.

Last year was the busiest for WPIC on record, with several brands joining the firm’s e-commerce portfolio from almost every consumer product sector, including fashion and apparel, luxury apparel and accessories, beauty and cosmetics, health and wellness, packaged foods, mother and baby, sports and fitness, pet food and care, outdoor apparel and accessories, toys, consumer electronics, homewares, and more.

On top of new brands joining the portfolio, WPIC delivered strong client revenue performance for our new and existing brand partners, including record-breaking sales on 6.18 and 11.11, the two largest shopping festivals in China. The combination of a strong 6.18 and 11.11 contributed to strong results for the year overall, with aggregate GMV of our China-based e-commerce stores up significantly over 2020’s. On top of our commerce business, WPIC also welcomed dozens of other organizations to the firm’s portfolio via our advisory and big data division.

In addition to success in our China, WPIC’s growth across broader APAC was a highlight of 2021. Our Japan division matured significantly this year, growing into an even more meaningful independent business line with a robust solution set – and keep reading to learn about another major region where we launched e-commerce operations in 2021.

In 2021, WPIC drastically expanded its global Engagements division, under the leadership of Executive Vice President Alex Palmer. A dedicated service layer for our clients, the division exists to ensure all brand partners receive high-value, seamless, and effective service for the entire duration of their partnership with WPIC – from the strategy development phase through to the execution phase. To support the growth of the Engagements division, the team has welcomed some of the most talented and effective e-commerce and brand strategists from across Canada, each of whom has expertise driving results across the leading digital platforms and online marketplaces in China. Their impact on WPIC’s business – and that of our brand partners across multiple product verticals – will be felt for years to come.

WPIC not only scaled up its existing services in 2021— we also launched new solutions to better serve our growing roster of clients.

Under the leadership of WPIC Creative Labs Director Charles Lavoie, the team has been delivering needle-moving, localized creative campaigns that meet the needs and preferences of APAC consumers. In their first year, the team launched dozens of campaigns covering digital, social, livestreaming, packaging, offline activations, and events — including collaborations with a roster of more than 1,000 top KOLs (influencers) like Austin Li and many others.

Many Creative Labs staff are based out of WPIC’s new e-commerce campus in Hangzhou, Zhejiang province, which we opened in May to facilitate the continued growth of our company. Located just steps from the Alibaba headquarters, the office has already grown to over 100 employees that focus on e-commerce, advertising, design, and brand strategy services.

In celebration of WPIC’s investment in opening an office in the city, the China Council for the Promotion of International Trade (CCPIT) Hangzhou Committee honoured WPIC CEO Jacob Cooke by inviting him to a special ceremony where he delivered a speech on the bright future of WPIC in Hangzhou.

“Not only has Hangzhou been repeatedly rated as the top commercial city in China, but there is perhaps no better city in China for high quality IT-focused talent,” said Jacob in his speech, pointing to the positive influence of Alibaba and strong universities.

Strategically located at China’s demographic and geographic centre, WPIC’s logistics division is now able to support both cross-border and domestic e-commerce fulfilment with global B2C shipping capabilities and B2B order consolidation and distribution, all from a single source inventory.

Led by Vice President of Logistics Laura Wang and Logistics Product Manager Loïk Hurtubise, the logistics practice now includes China-based warehousing and inventory processing, as well as freight-forwarding and a customs brokerage. In 2021 WPIC’s logistics division saw a surge in capacity, with parcel volume up over 600%.

In 2021, WPIC also unveiled a full solution set for Southeast Asia for the first time, allowing us to launch organizations on the Lazada and Shoppee platforms across Thailand, Philippines, Indonesia, Singapore, Vietnam, and Malaysia. 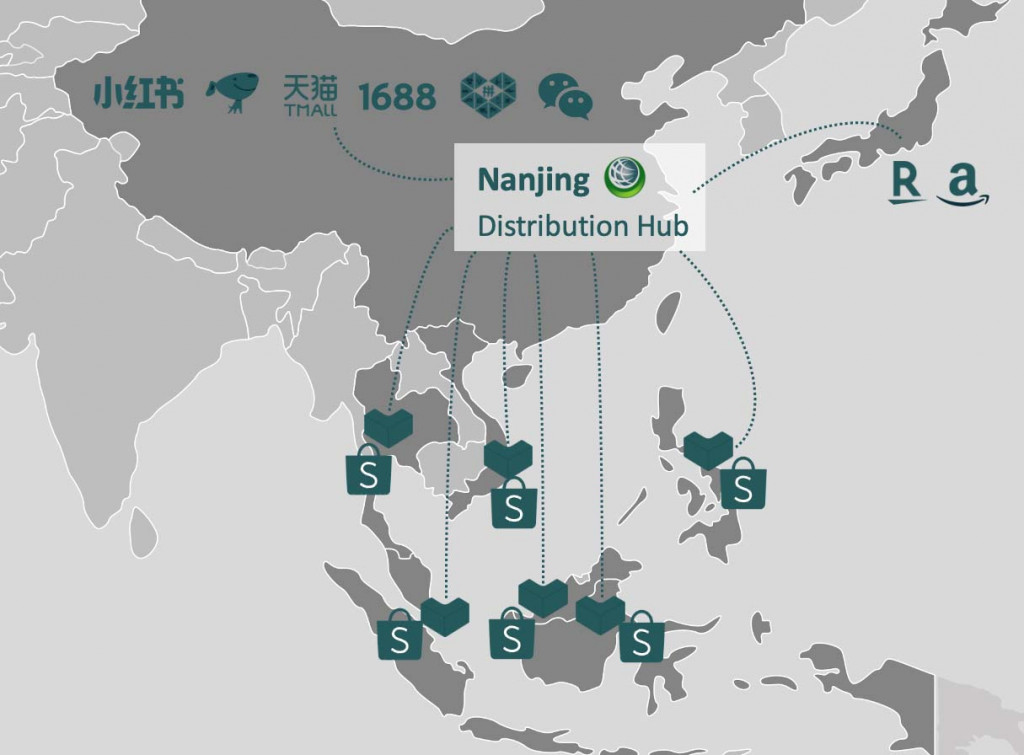 This means that WPIC is capable of helping our brand partners reach more than 2 billion consumers – from the top of Japan to the bottom of Indonesia – all from a single-sourced inventory inside our Nanjing facilities.

Finally, WPIC launched its brand-new social commerce offering in 2021, centred on its self-developed app Oh Buy. Built on top of the WeChat and Douyin ecosystems, WPIC’s social commerce offering allows brands from around the world to capitalize on the trend of hundreds of millions of Chinese consumers shopping within China’s social media platforms.

Commenting on the evolution of social commerce in the region, Joseph Cooke, Co-founder and President of WPIC stated: “WPIC is incredibly excited about the power of social commerce in China as a mechanism for brands of all shapes and sizes to go direct-to-consumer and connect with hundreds of millions of shoppers. Thanks to the investments we’ve made in logistics and warehousing solutions, as well as back-end retail analytics, WPIC is able to offer multiple points of sale in-market and unprecedented store transparency, all while maintaining single-source inventory.”

2021 was also not without its share of awards for the WPIC team around the world. 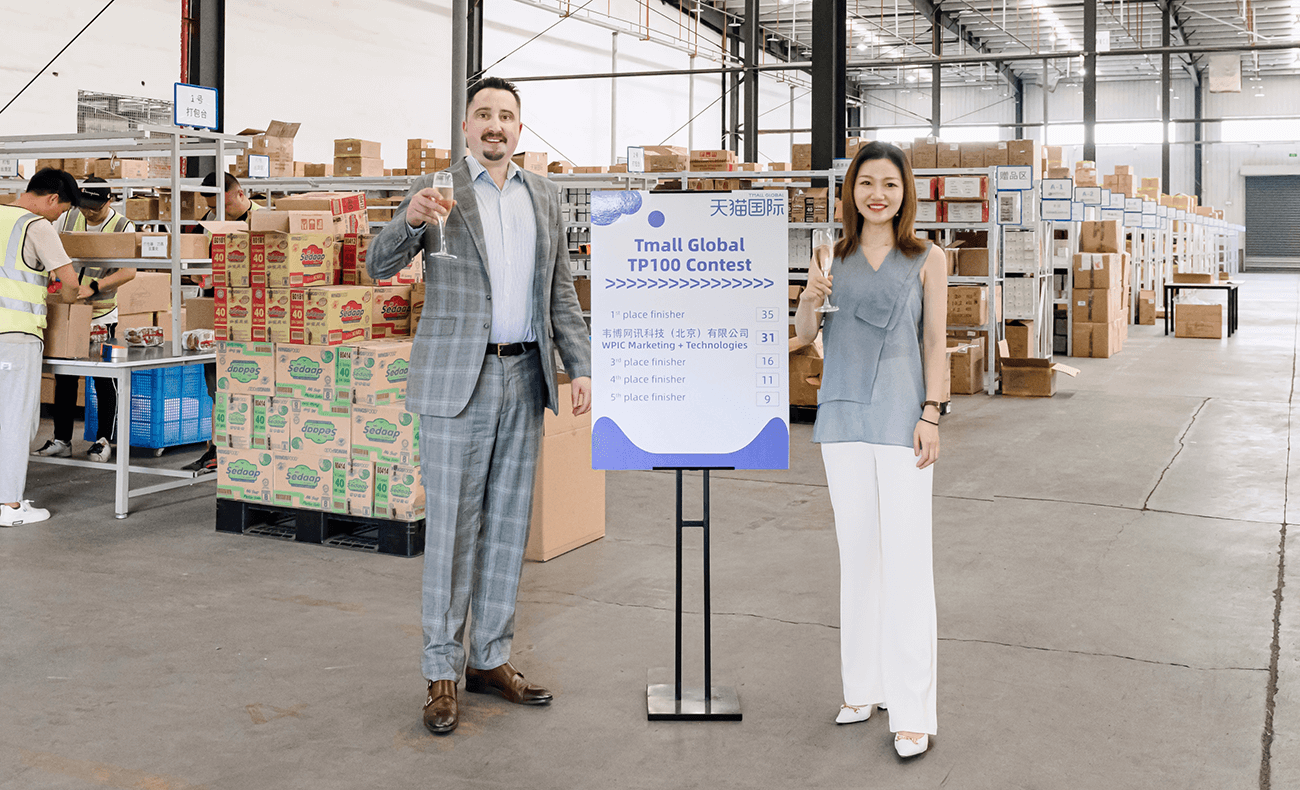 WPIC was the silver medalist in Alibaba’s Tmall Global 2021 TP100 contest, which awarded points to Tmall Partners from around the world who operate on the cross-border e-commerce platform. Of 133 companies evaluated, WPIC had the second-highest overall score and was the only western Tmall Partner to place in the top ten. WPIC was also the only Tmall Partner to rank number one in two of nine sector categories, reflecting its strength in servicing clients from a wide range of industries.

Additionally, WPIC’s co-founders, Jacob and Joseph Cooke, were named Pacific division finalists for the 2021 EY Entrepreneur of the Year award. The award recognizes excellence in entrepreneurship across Canada, shining a spotlight on companies that are transforming the world through innovation, growth, and prosperity.

Furthermore, the firm was named a Western Canada finalist in KPMG’s 2021 Enterprise Tech Innovator competition, which recognized WPIC’s development of Discripto™ and Chinalytics®, big data tools that provide Western organizations with critical insight into the performance of their e-commerce stores as well as broader market trends, in English, in real-time. Developed by WPIC’s IT and big data divisions, the tools are currently in use by more than 80 clients from across industry sectors.

Finally, in Q4 of the past year, WPIC President and Co-founder, Joseph Cooke, was named a winner of Business in Vancouver’s (BIV) Forty Under 40 Award for 2021 for demonstrating excellence in business, judgment, leadership, and community contribution.

WPIC’s executives were frequently called upon for thought leadership over the course of the past year, offering perspectives on trends in Greater China and broader APAC. Additionally, Alizila, the media arm of Alibaba, also produced several features highlighting our successful work for brands like Stride Rite (May), Vitamix (November), and Klean Kanteen (December), helping them launch and grow them on the Tmall platform.

2021 was also a monumental year for WPIC’s podcast, The Negotiation, which released 50 new episodes featuring conversations with some of the most insightful experts on technology, business, academia, and current events in Asia. Discussions ranged from the latest insights in consumer behavior in China to looks at Beijing’s preparations for the 2022 Winter Olympics – and everything in between.

Of particular significance, Dominic Barton, Canada’s outgoing ambassador to China, joined host Todd Embley for a discussion as part of the celebration of the podcast’s 100th episode.

By any measure, 2021 was a busy and successful year for WPIC and its brand partners in APAC.

With the Beijing Winter Olympics coming up in February, as well as other macro-economic trends, our teams are anticipating that 2022 will be one of the most significant years for both WPIC and our brand partners. Consumer demographics and behavior across APAC are moving favorably for the organizations in our portfolio and we look forward to assisting them navigate these promising trends.

As for what you can expect to hear about in 2022? We’ve got some exciting plans for the upcoming year so keep tuned to our channels to hear about them.