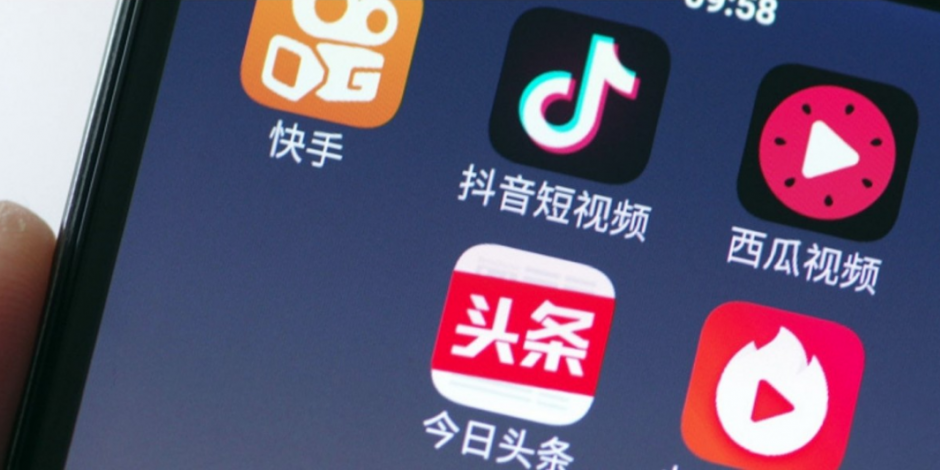 Douyin, TikTok’s equivalent in China, has comfortably overtaken its biggest rivals Kuaishou, WeChat and Weibo to become the most popular short-video platform in the country.

The Bytedance-owned app grew its user base by 27.8% to 442.6 million users in 2020, accounting for more than half of China’s mobile internet users who use the short-form video app, according to eMarketer.

Around 48.7% of Douyin’s users in China are under 30, while the second-highest age category of users is in 31- to 40-years-old range, a study by Statista has found.

Lily Lu, director of digital at agency Gusto Luxe, says that Douyin and its rivals are competing for the leisure hours of Chinese netizens – a resource that is ultimately finite. However, even though Kuaishou, Xiaohongshu and Bilibili are all competing for young consumers’ eyeballs (gen Z in particular), each one has a differentiated content style and user profile.

“One rising video platform, WeChat ‘Channels‘, has become a noticeably strong competitor in the video-format space,” she says. ”It breaks with WeChat’s traditional private traffic platform format to extend the reach to a public traffic pool.

“Since WeChat has become a super-app with a huge active user base and a relatively comprehensive content-to-commerce ecosystem, Channels is poised to become the next big thing in the Chinese digital battlefield.”

“Kuaishou is the market’s second-largest short-video platform based on daily active users. But it is important to differentiate between video sharing and the e-commerce activities that these platforms are jumping into.”

How do the apps differ from each other?

Douyin and its competitors have different focuses and algorithms, meaning each contains different opportunities and challenges for marketers. For example, Xiaohongshu is favored for lifestyle-sharing in beauty, fashion and premium lifestyle-related products, and caters to a mostly female consumer audience.

In contrast, Bilibili is driven by mid-length-video content and PGC, and its key users tend to be younger than those of Douyin. Bilibili‘s signature feature is called ‘bullet chatting‘, where user comments are displayed on the screen during videos.

Channels has not yet established as clear a proposition, though WeChat claims that it will lean towards art, culture and ‘authentic lifestyle’ content. ByteDance video app Xigua meanwhile focuses on longer content.

Greg Paull, co-founder and principal at R3, notes Douyin places a premium on traffic, which means good content and increased media spend is prioritized above sustained influencer and audience relationships.

“Other differentiators between Douyin and its competitors are the length of content, target demographics and core activities,” says Paull. ”Bilibili caters to varied interest groups and Xigua videos are longer at three minutes.

“Douyin has a 15-second cap for standard users and one minute videos for people with more than 10,000 followers. Also, people go to Taobao for livestreaming e-commerce instead of entertainment.”

Cooke points out Douyin and Kuaishou are forging ahead in e-commerce. Both saw huge growth in gross merchandising volume (GMV) in 2020 and Q1 2021. He says most of that GMV is from links to external e-commerce sites.

Both platforms have partnerships with e-commerce giant JD.com – and have, for now, blocked links to its competitors Alibaba and Pinduoduo.

“Douyin and Kuaishou have also created their own channels for brands to set up stores directly on the platform and are still making significant investments to strengthen these channels. It will be interesting to see where those players end up in the e-commerce space,” he explains.

“Overall, the short-video market is pretty saturated. Tencent Weishi and Baidu’s Haokan also enable user-generated short videos, with the main competitive differentiation being that they are integrated into WeChat and the Baidu Apps respectively. However, Tencent just announced that they will reposition Weishi to shift away from user content and towards TV and movie clips, especially from Tencent’s licensed content.“

Outside of China, results have been mixed for these platforms. Kuaishou has launched versions of its platform, called Kwai, in South America and South East Asia. Across those regions, it has 60 million users. But the company has had to invest in developing a following in each country due to fragmented markets across the respective regions.

It also launched a short-video app in the United States called Zynn, which proved popular, but eventually was removed from app stores due to copyright issues.

Xigu partnered with BuzzFeed in the US two years ago without much success, but has found a niche following in Japan among male consumers with high purchasing power. And Bilibili has expanded to Hong Kong and Taiwan, but has yet to gain a strong following.

“Also, different regions of the world are going to engage with video differently, so it is tough to paint the whole world with a broad brush. Compliance, copyright and general regulatory considerations of different markets are also going to affect how quickly a new platform can take off, or not.”

How should brands and advertisers work with these apps?

When brands are considering their platform strategies, there are three things to consider, says Lu. They need to think about the size of the potential target audience on the platform, what kind of content styles are popular on these platforms, and what role the platform can play in a brand’s digital ecosystem.

Cooke argues that the ‘X factor‘ is going to be the integration of commerce into these platforms. He says he is seeing more western platforms diving into that space – such as Snap and Instagram – because of the commercial opportunity.

He says brands want to have a first-mover advantage on these new platforms and reduce customer acquisition costs. “Over time, we expect to see more and more fragmentation of these ecosystems with more and more companies embracing the space. Some of that fragmentation may be slowed down due to mergers and acquisition activity, but there will be regulatory risks to those types of acquisitions, so we’ll have to see how those trends play out.

“In general, however, brands looking to activate or grow in China should absolutely be considering a variety of short-video platforms, which is quickly becoming a key battleground both for digital marketing and e-commerce.”

One example is the automotive industry, which has embraced marketing on short-video platforms, says Paull. For example, Land Rover partnered with Douyin on a 30-hour marathon livestream as its focus is on traffic, while Tesla invested in building a community on Kuaishou, where the focus is on more sustained engagement.