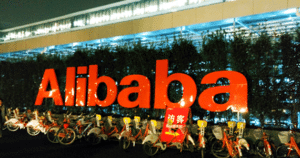 Alibaba Earnings Preview- Is The Market is Still Gaga for $BABA?

Alibaba (NYSE:BABA) is one of the more resilient companies in China. Despite, on paper, the company being a prime candidate for exposure to the trade war, for the last few quarters it continues to post solid returns for investors. However, when Alibaba reports earnings on Feb 13 in New York all its key metrics are likely to soften — and the smart money already knows this.

According to 13F filings reviewed by Wccftech, during the last quarter funds sold more $BABA than they purchased. The data shows that, overall, funds reduced their holdings of the stock by about 20 million units during the quarter. Hedge funds, in contrast, increased their holdings by about 17.6 million units. This could mean that they are buying the stock in anticipation of demand by other short-sellers, and hedge funds want to be on the other side of the bet.

While the Coronavirus will no doubt impact Alibaba’s future earnings, it should be noted that this earnings report looks back at the past quarter. While the virus was first reported in December of last year, the serious impact of the virus — in particular quarantines and shutdowns of factories — didn’t happen until January.

As Alibaba is heavily exposed to the China market, albeit with some lag between macroeconomic conditions and stock prices, investors will likely be looking for some slippage this quarter. For instance, per Alibaba’s latest filings from the prior quarter, 59% of all registered companies in China are customers of Alibaba Cloud; Tmall owns about 61% of the retail market. When the stock was on a tear throughout 2018, when it rose about 50%, this was yet to reflect the dark headwinds forming above China’s economy. Even though the US and China have made positive inroads on a trade deal, the earnings data coming out in February is unlikely to reflect this: the data is only going to show up in a few quarters. And even then, Phase One of the trade deal is only going to set the grounds for the more important Phase Two which is a comprehensive agreement that defines how goods will flow between the two nations.

But it should also be noted that the bulk of goods sold on Tmall are made domestically, for a domestic market. Thus, Alibaba doesn’t have the same exposure to the pricing impacts of goods as Amazon.

According to numbers provided by WPIC — an Asia-Pacific focused marketing consultancy that tracks consumer spending — the overall e-commerce market in China rose by 27.3% between 2018 and 2019. WPIC also notes that sales of foreign brands that they track went up 22.5% between 2018 and 2019. However, WPIC also notes, pointing to government data, that the overall retail sector has been slowing in year-on-year growth — from 8% year-on-year in 2019 to 7% for 2020 —  while online retail is growing. For 2020, the firm predicts that growth in online retail will hit 20% growth year-over-year.

It should also be noted that Alibaba’s Singles’ Day shopping celebration was a strong one. The company reported $38.4 billion of online transactions made within 24 hours across Alibaba’s shopping platforms. That’s 26% up from 2018, but there are legitimate questions if the numbers are inflated.

Analysts polled by FactSet predict Alibaba to grow sales by 35% to reach $22.9 billion, while earnings are expected to come in at $2.28 per share, up 22% from the year-ago period.

Alibaba is due to report earnings on Feb 13, before the market opens in New York.

This article originally ran on WCCFTech on February 13, 2020.