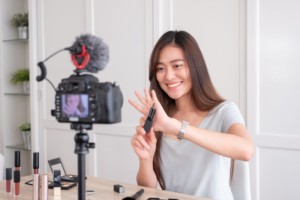 An introduction to the most popular marketing tactic in China

Although the two platforms are often referred to synonymously, TikTok’s primary value is that of entertainment and an opportunity to modestly flex one’s cinematography skills. Whereas Douyin has become a major player in the world of commercial live streaming in China—a world that is already sizable and continues to grow.

It thus behooves Western brands looking to seize on the opportunities presented by the Chinese market to understand live streaming trends and how best to leverage them to drive growth in the market. Apart from discerning which e-commerce live streaming platforms hold the most sway— namely Taobao Live, Douyin, and Kuaishou— knowing the who, what and how of key opinion leaders (KOLs) and key opinion consumer (KOCs) could be the difference between grabbing a large slice of the available revenue, or watching your competitors do just that.

Live streaming and Chinese consumers’ ubiquitous adoption of mobile technology have created fertile ground for the KOL. Ranging from followings of thousands to millions of fans, KOLs are frequently approached by brands in the hopes that they will actively promote products via their online channels. And while those with thousands of followers are considered to be in the micro-influencer camp, both they and KOLs whose followers number in the millions are individuals with tangible selling power.

For example, leading Chinese KOL Viya holds the record for the most lucrative live streaming event by generating upwards of RMB 330 million on Singles Day 2018 alone. Her broadcasts average around 2.3 million viewers and she drew nearly 10 million viewers during a recent livestream from Auckland, New Zealand. In the latter live streaming event, those 10 million Chinese viewers combined to spend just shy of NZD 30 million.

Viya’s appeal reaches from teenagers to middle-aged women and those in between. Food and beauty brands look to leverage her and her 6.5 million Taobao followers. Campaigns will present Viya (and other KOLs like her) as a trusted brand ambassador who offers a relatable and honest review of products.

In the cosmetics world, KOL Austin Li has established himself as a reliable figure for millions of Chinese consumers. Thanks in part to China’s increasingly profitable cosmetics market, Li has gained prominence by live streaming makeup and lipstick demonstrations. He has nearly 20 million followers between platforms Douyin, Taobao Live and Weibo. For reference, during one live stream session, he sold upwards of 15,000 tubes of lipsticks in 15 minutes.

Li, Viya and the rest of the high-profile KOL world will remain forces to be reckoned with for the foreseeable future. And while Li and Viya’s legions of followers will continue to ensure their veritable celebrity status, a secondary group of influencers are also gaining traction in the Chinese e-commerce world.

Key Opinion Consumers (KOCs) offer much of the same appeal as KOLs but within a smaller scope with respect to followers. Whereas large followerships are the trademark of the KOL, a KOC’s will generally be notably less. But it is in that smaller, more intimate group of followers where trust and reliability resides and can even supercede that of a KOL’s.

A recent survey by Mckinsey laid out, among other things, the importance of a nuanced approach to KOLs and KOCs. While both are, and will continue to be, of the utmost importance to brands looking to increase awareness and sales in China, the difference in their consumer interaction must be understood.

KOLs interact with a potential buyer on a one-way street: they live stream product demonstrations, viewers soak it in and hopefully—if you’re the seller—purchase the product. However KOCs’ prominence within WeChat groups allows for a more interactive experience between consumer and KOC- there is a conversation taking place between buyer and seller.

As KOCs offer their insight and experience with a given product, consumers can ask follow-up questions and gain a deeper understanding of said product. This leads to a more authentic experience, creating higher-levels of brand loyalty and the potential to generate more conversions. Prospective buyers can truly understand the pros and cons of any service or product before making a purchase.

What both KOLs and KOCs seem to exemplify is a need for tangible human connection in an increasingly intangible world. With two or three clicks on a screen, a Douyin user can purchase a product that they haven’t actually held in their hands. And while it’s safe to say that e-commerce shopping is here to stay in China and around the world, the prominence of Key Opinion Leaders and Consumers appear to be filling a need for authenticity and realism in a virtual world.

Once brands understand that leveraging KOLs and KOCs is increasingly paramount to e-commerce success in China, the next step is finding the right partner to help guide them through the process.

WPIC Marketing + Technologies incorporates both live streaming and KOL support into its offerings to make sure that any company serious about entering the Chinese e-commerce space has all the necessary tools to be successful.

If your brand is in need of KOL or live streaming support, contact info@wpic.co to see how they can help.